The signing of the agreement dated May 25, 2018, in Astorga, for the dissemination of Gaudí’s heritage between the Gaudí Palace of Astorga and the Alfar de Jimenez de Jamuz Museum, has given its fruits.

After a delicate and meticulous work with the molds of the Genius and the Mud of the bastion of the Castellanoleonesa pottery. Two hundred unique pieces, numbered, serialized and referenced with the original stamps of both institutions and the documentation that make them unique, are now on sale at the Gaudi’s Palace and the Alfar Museum.

The pieces have been made following all the traditional steps, from the extraction of mud in some sites of the town to the baking with urces in the Arab oven, passing through the brick-to-brick decoration with feathers and the glaze.

The created pieces correspond to two molds that gave rise to two types of voussoirs and which are recognizable in the Palace in several rooms.
This gives the first steps for the global dissemination of a piece of work Gaudí’s in the city of Astorga. Both institutions avoid the consideration of merchandising for these pieces because it is a real piece of the palace, they are not copys of anything, they are the same voussoirs, made by the same pottery hands, made in this case a century later by the master Potter Jaime Argüello Lombardero. 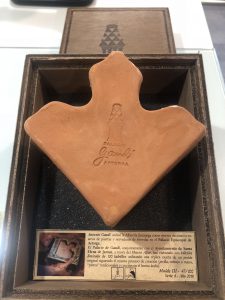 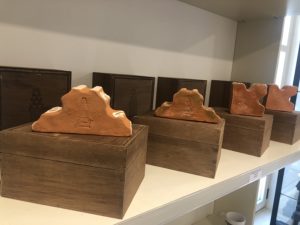 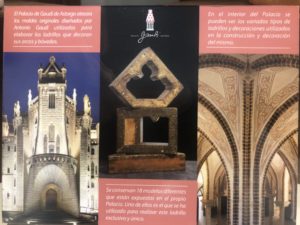